The Rising Sun Aikido club & Rising Stars Aikido club have over 100 members of all ages and abilities.

Aikido is a non-competitive martial art and is suitable for all ages, sexes and abilities.

The Rising Sun Aikido club philosophy is to: 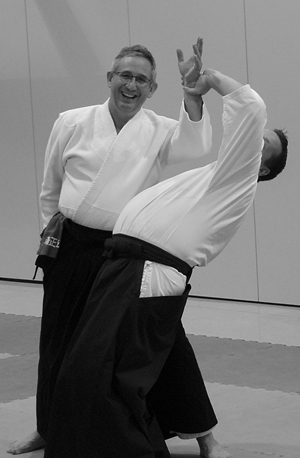 Whether you have trained in martial arts before or are a complete beginner and just want to get fitter while learning some self-defence, feel free to pop along to one of our training sessions and ask to speak to Phil Benge.

Below are the Dan grades (‘black belts’) who regularly train and teach at Rising Sun Aikido and affiliated clubs.

Whether you are a total beginner or an experienced martial artist there will always be several senior instructors around who are only too willing to help you learn aikido.


Warning: count(): Parameter must be an array or an object that implements Countable in /homepages/5/d351944371/htdocs/.rsa/wp-includes/class-wp-comment-query.php on line 405